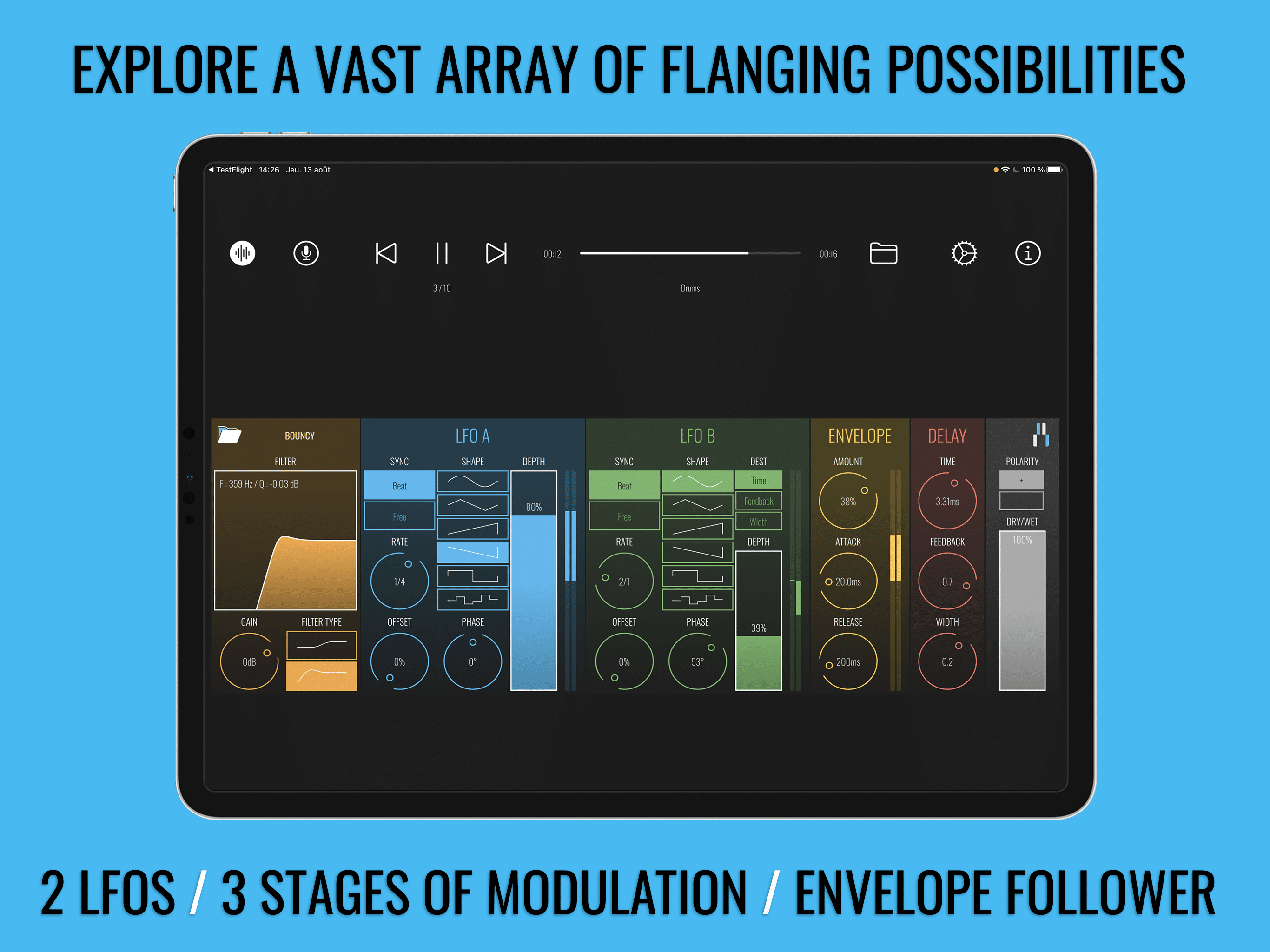 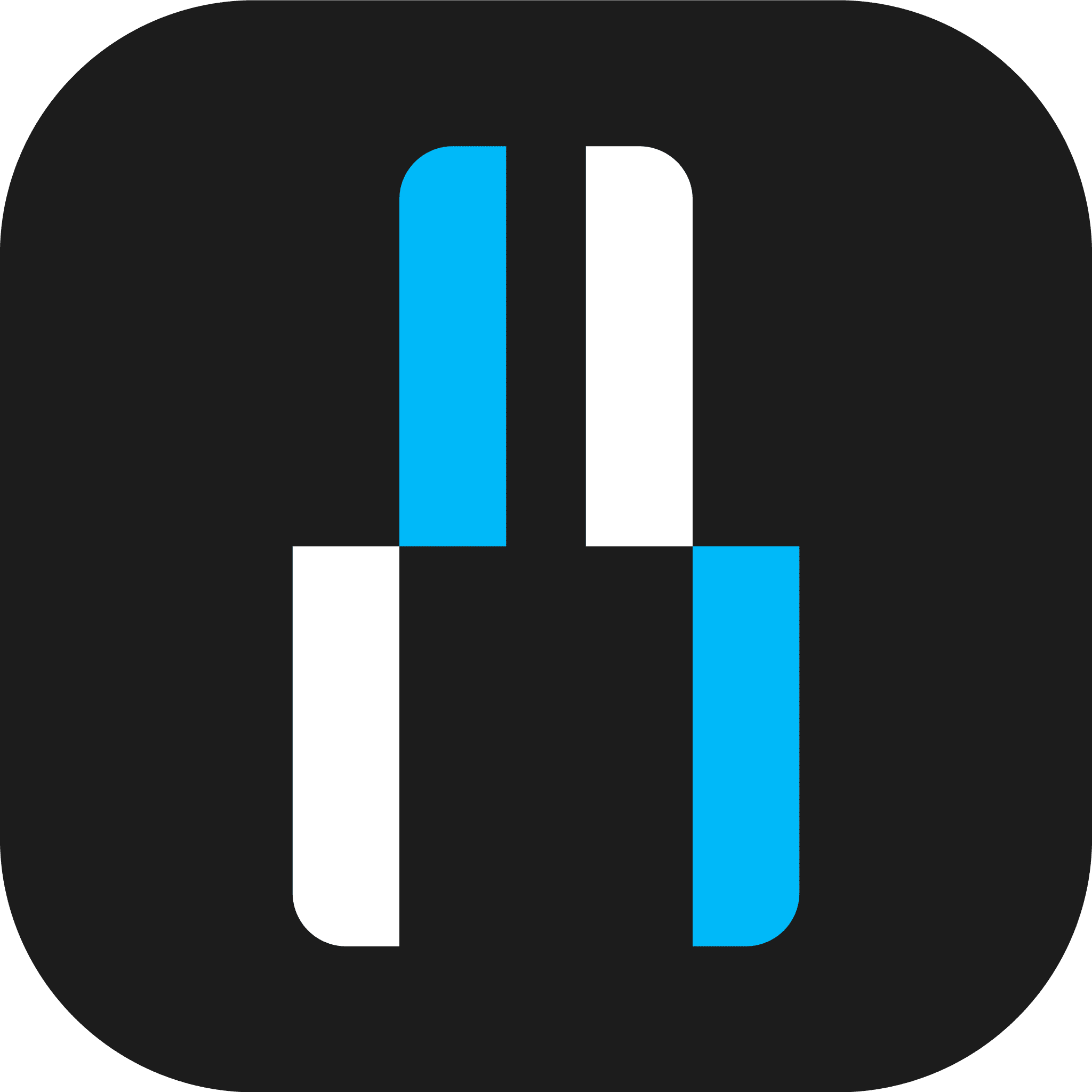 BLEASS Flanger is a comprehensive flanging effect with a wide range of sonic possibilities thanks to 2 LFOS, 3 Stages of modulation and beat synchronization. 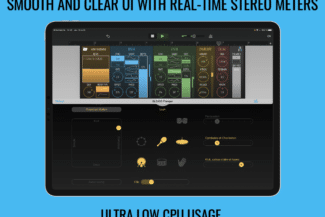 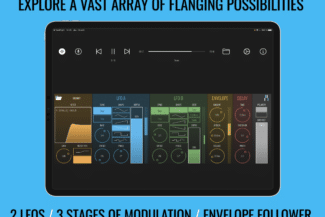 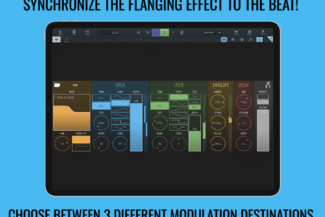