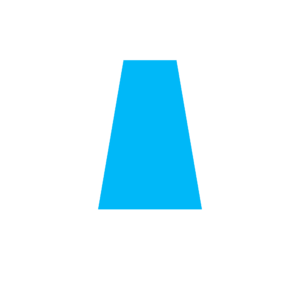 Just download to your desktop, iPhone or iPad, and immediately start designing and playing original and inspirational sounds. And thanks to Monolit’s super-efficient low-CPU synth engine, even the humblest of devices will have no problem running many instances of this fabulous-sounding synth.

The instrument’s interface is super-straightforward and easy to use, with intuitive graphic controls and long-throw faders that feel tactile and precise whether you are using touch screen or mouse. If you need some extra sonic inspiration, BLEASS Monolit includes a dice button that generates new values for all the synth’s settings, but does so in a way that’s carefully tuned to create useable yet unique sounds. And of course, as with all BLEASS products, Monolit comes with a library of factory presets packed with a wide variety of different sounds, with additional sound packs also available produced by BLEASS’ network of talented sound designers.

Meter: Visualises the current peak output level of the instrument

Detune: Sets a master detuning that affects the entire synth, in the range ±0.5 semitones.

Retrig: Enables or disables the retriggering of ADSR envelopes when playing legato

Vibrato: Sets the rate, in milliseconds, of the global pitch vibrato

Amount: Sets the strength of the global pitch vibrato. A setting of 100% means the global tuning will oscillate between -1 semitone and +1 semitone.

Glide: Sets the time taken for the synth’s pitch to ramp from the last-played note to the currently-played note.

Voices: Sets the number of voice duplicates to create, from 0 to 7.

Detune: Sets the amount of detuning to apply to the unison voices. The detuning is spread amongst the voices, with a setting of 100% meaning that the most-detuned voice(s) will be 1 semitone above and/or below the played note.

Target: Choose whether to apply the unison algorithm to both oscillators, or only one or other of them.

Pressure: Responds to MIDI Aftertouch messages, produced by changing the pressure being applied to the key of a compatible keyboard or controller.

Destination Selection Menus: Use the destination selection menus listed under each modulation source name to choose the synth parameter that should receive the controller messages.

Amount Dials: Scales the strength of the controller message being routed to a synth parameter.

State: Enables or disables the arpeggiator

Mode: Sets the sync mode of the arpeggiator.

Rate: Sets the speed of the arpeggiator.

Mode: Determines the pattern of notes that the arpeggiator will produce.

Repeat: Sets the number of times each note is repeated before the arpeggiator moves on to the next note.

Waveform Volume Faders: The faders set the volume of each of the waveforms produced by the oscillator.

Pulse Width: Sets the pulse width of the pulse waveform. A setting of 0.5 produces a square wave; higher and lower settings produce an increasingly narrow pulse.

Octave: Determines the octave offset of the oscillator.

Fine: Adjusts the oscillator’s fine tuning. The value is shown as a percentage of a semitone.

Wave: Selects the waveform that the oscillator will produce. The waveform can be morphed smoothly from sine wave, through triangle and sawtooth waves, to square wave.

Octave: Determines the octave offset of the oscillator.

Fine: Adjusts the oscillator’s fine tuning. The value is shown as a percentage of a semitone.

Gain: Sets the output volume level of the oscillator.

FM – Monolit includes an FM stage that can modulate the frequency or one, other, or both oscillators. Expressed in terms of FM synthesis, Monolit’s FM operator acts as a modulator, whilst the instrument’s analogue-style oscillators act as carriers.

Wave: Choose the FM waveform that will be applied to the target oscillator(s). The waveform can be morphed smoothly from sine wave, through triangle and sawtooth waves, to square wave.

Octave: Applies an octave offset to the FM operator’s frequency.

Target: Determines which of the analogue oscillators will be modulated by the FM operator.

Amount: Sets the strength of the FM effect.

FILTER – Monolit’s filter shapes and sculpts the tone of the sound.

State: Enables and disables the filter

x2: When enabled, doubles-up the filter for a more aggressive cutoff slope and more pronounced resonance.

Drive: Boosts the filter’s input in order to overdrive it. This can create additional harmonics and colour in the sound.

Shape: Sets the shape of the LFO waveform. Choose from sine, triangle, sawtooth up, sawtooth down, square and sample-and-hold.

Target (x2): Select the synth parameter that will be driven by the LFO.

Amount (x2): Scales the strength of the LFO’s impact on the targeted parameter.

Velocity: Determines how playing velocity will impact on the strength of the resulting envelope.

Target (x2): Select the synth parameter that will be driven by the envelope.

Amount (x2): Scales the strength of the envelope’s impact on the targeted parameter.

BLEASS Monolit - The Free Synth With An Expensive Sound

BLEASS Monolit - Out On Music Day

We use cookies on our website to give you the most relevant experience by remembering your preferences and repeat visits. By clicking “Accept”, you consent to the use of ALL the cookies.
Do not sell my personal information.
Cookie SettingsAccept
Manage consent

This website uses cookies to improve your experience while you navigate through the website. Out of these, the cookies that are categorized as necessary are stored on your browser as they are essential for the working of basic functionalities of the website. We also use third-party cookies that help us analyze and understand how you use this website. These cookies will be stored in your browser only with your consent. You also have the option to opt-out of these cookies. But opting out of some of these cookies may affect your browsing experience.
Necessary Always Enabled
Necessary cookies are absolutely essential for the website to function properly. These cookies ensure basic functionalities and security features of the website, anonymously.
Functional
Functional cookies help to perform certain functionalities like sharing the content of the website on social media platforms, collect feedbacks, and other third-party features.
Performance
Performance cookies are used to understand and analyze the key performance indexes of the website which helps in delivering a better user experience for the visitors.
Analytics
Analytical cookies are used to understand how visitors interact with the website. These cookies help provide information on metrics the number of visitors, bounce rate, traffic source, etc.
Advertisement
Advertisement cookies are used to provide visitors with relevant ads and marketing campaigns. These cookies track visitors across websites and collect information to provide customized ads.
Others
Other uncategorized cookies are those that are being analyzed and have not been classified into a category as yet.
SAVE & ACCEPT